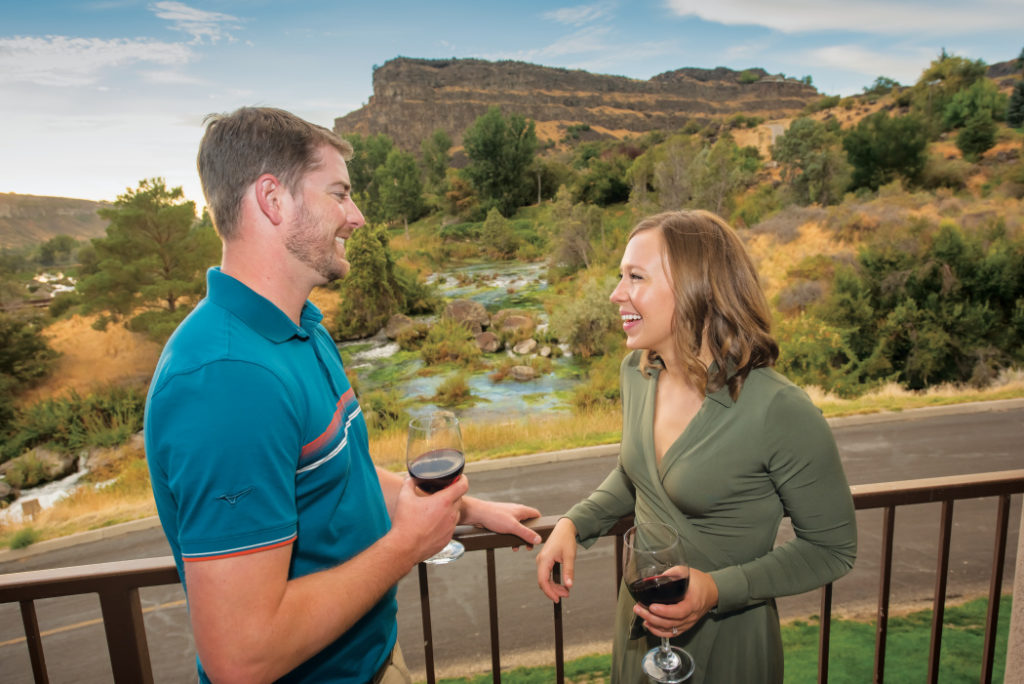 Attracting, retaining and regaining young professionals is no easy feat, especially for small and mid-size communities – after all, millennials and younger Gen Xers often gravitate toward major metropolitan areas, and they tend to relocate a lot. But Southern Idaho is growing a reputation as a place where young people can build flourishing careers and raise children, something that’s becoming increasingly important to these generations. As a result, the region is a sought-after destination for young people; instead of packing up after a short stint, they’re putting down roots, or in some cases, returning to roots that run deep.

Career, Networking Opportunities
Twin Falls native JJ McBride did what a lot of high school graduates do – he moved to another state to attend college, and after earning his degree spent his 20s on the move. It wasn’t until 2013 that he and his wife, Marjorie (who also grew up in Southern Idaho) decided to come back home. The reason? JJ was offered a job that would help him accelerate his career, and he and Marjorie decided it was too good to turn down. According to JJ, they have been absolutely right.

“Marjorie and I had some apprehension and weren’t quite sure about living here again, but we were immediately embraced by the community,” says 38-year-old JJ, a commercial broker for HUB International Mountain States Limited. “From a financial and business standpoint, there are fantastic opportunities here, and it really all goes back to the network of people in Southern Idaho. They helped us get our bearings and get our lives started here, and we really feel entrenched in the community.”

Rudy Ashenbrener, 30, also left Twin Falls to earn his college degree. As with the McBrides, a job offer brought Rudy and his wife, Samantha, who’s also from the region, back to Southern Idaho in 2016. Their decision was also influenced by the area’s thriving, solid economy and the promise of future opportunities.

“The Magic Valley’s strong economy and focus on steady and healthy growth were two major factors in our decision to return home,” says Rudy, vice president of business development at TitleFact Inc. “There are opportunities in every direction, and the local community encourages innovation, imagination and entrepreneurial spirit.”

“I really like the idea of the community helping to raise your children, because it really does take a village,” says Jacob, 37, who also moved back home in recent years after receiving an exciting job offer with HUB International Mountain States Limited. “When my family and I go out to an event, my wife and I can rest assured we’re not the only ones watching out for our kids. The whole community helps us keep an eye on them.”

More things to do in Twin Falls, ID

JJ echoes Jacob’s thoughts, and although Rudy and Samantha do not yet have children, the couple is looking forward to becoming parents in the future. Rudy says they plan to remain in the region as they grow their family.

“We want to live in a community where everyone is friendly and waves at each other in passing,” Rudy says. “We also want to raise a family in a healthy environment with strong local role models and community leaders, and we’ve found all of these elements in Southern Idaho.”